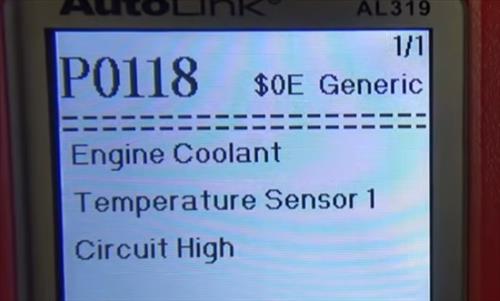 If you have a Honda with a P0118 error code, there is a problem with a coolant heat sensor.

There can be 2-4 engine coolant temperature sensors (ECT) in a Honda, depending on the year and model.

A Honda with a P0118 OBDII Code is an “Engine Coolant Temperature Sensor 1 Circuit High.”

The onboard computer (ECM) sends out 5-volts to the sensor, which will have a voltage drop as the car heats up.

If the sensor does not have a voltage drop and stays at 5-volt, the ECM reports the code P0118.

This usually means that a sensor has malfunctioned or has an open circuit. 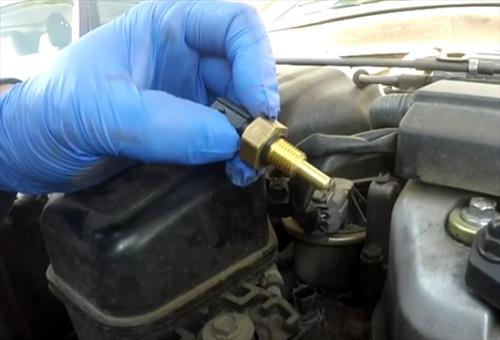 Depending on the year of the Honda, there can be multiple sensors that send information to the onboard computer (ECM).

For example, the sensor on the thermostat housing will turn on the fan when the engine is off if the temperature is roughly 225 degrees Fahrenheit. 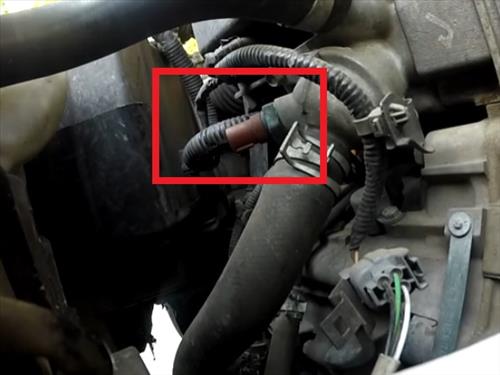 Each sensor will report data on a temperature for a different task.

Newer vehicles have the sensor relocated on the engine and on the radiator, with one sensor doing multiple tasks.

Having a sensor report data for multiple inputs such as the gauge and fan help to reduce the number of sensors needed.

The sensors still do the same task as they did on older cars but with one sensor doing multiple jobs.

The first step to fixing a P0118 in a Honda is to locate all the temperature sensors for the year and model of the car.

Doing a Google search should bring up the sensor’s location and the data they report to the onboard computer ECM.

Voltage can be checked at each sensor to be sure it is at 5-volts and if there is a break in the wiring.

Most often, a sensor has gone bad and needs to be replaced.

Narrowing down which sensor is bad will make the job easier, but often many mechanics will swap out sensors until the code clears.

A temperature sensor can also be tested to see if it is good or has failed.

Have you had a problem with a Honda P0118 OBDII Code? Let us know your thoughts below.