A P1101 error code is a common problem with Chevy Cruze that can be caused by several things.

When the Chevy Cruze first starts up, the mass airflow sensor does a self-diagnostic test. If the results are out of range, a P1101 error code is given. 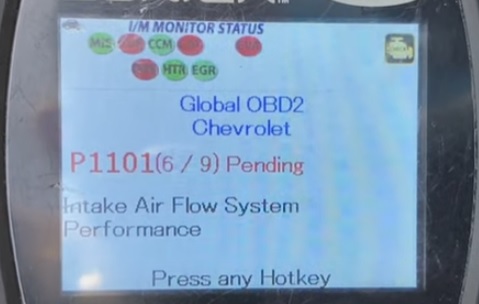 Some scan tools will give the error as an “Intake Air Flow system Performance.” 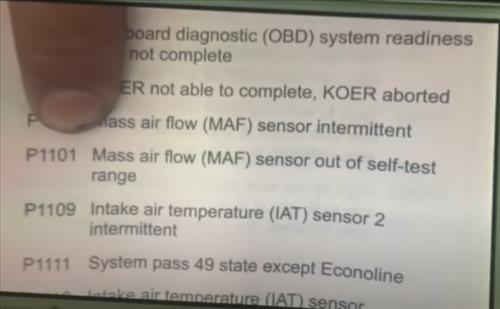 The Mass air flow (MAF) Sensor is located on the air intake and sends data to the onboard computer on how much air has gone into the engine.

An engine with a P1101 code can idle rough, have an engine light on, and the engine is likely shaky.

How badly the engine runs depends on how badly a component has failed.

For example, if there is only a small vacuum leak, the engine may run fine, but the engine light comes on.

If the vacuum leak is big, the engine will likely run badly. 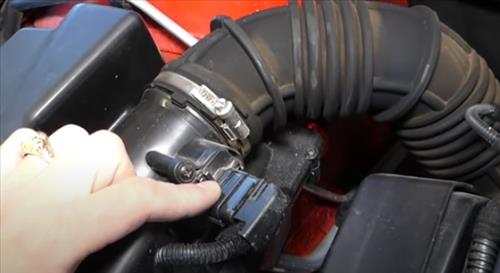 A bad mass airflow sensor can cause a P1101 error code.

The mass airflow sensor is located on the air intake filter box and is easy to replace.

Often it can be cleaned first with MAF cleaner to see if the error clears. 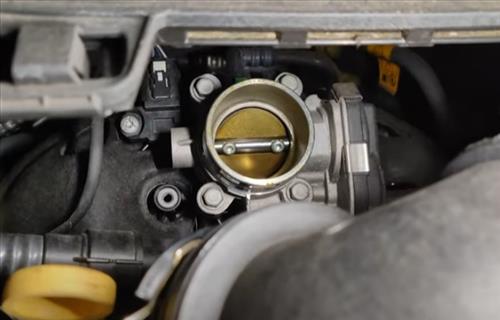 If the throttle body is not working properly, it can cause a P1101.

On the Cruze, it is located to the back of the engine up against the firewall. 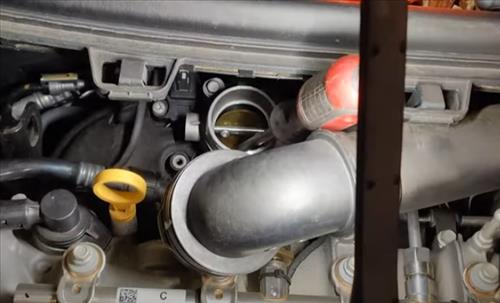 When the throttle body fails, it usually is dirty and needs to be cleaned but can also have a component failure.

Check and clean the throttle body if it is dirty and clean it if necessary.

Throttle body cleaner can be used to remove any debris that may be causing issues.

A vacuum leak can cause a P1101 error and the vehicle should be checked for a leak.

A large vacuum leak will often have a whooshing noise that can be easily located.

Smaller leaks can be harder to locate and a spray bottle is often used to see if the idle changes when the leak is sprayed.

Here is an example of a PCV valve that when bad on a Chevy Cruze causing a P1101 error code.

The PCV valve had gone bad causing a vacuum leak and making a hissing noise. 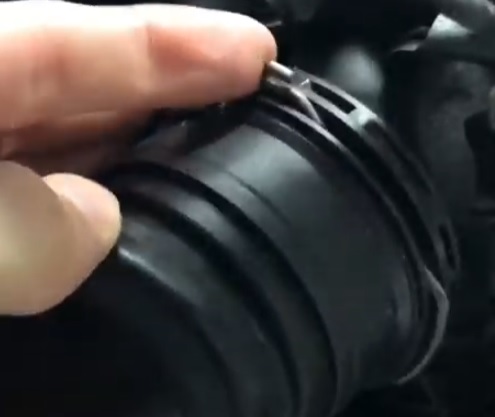 The intercooler boot is located underneath the front bumper on the driver’s side of the car.

It can be a pain to get to as the front bumper needs to be removed to reach it.

The boot has a clip the holds it in place, and if it comes, loose will often give a P1101 error code.

Oil and other debris that get inside will feed into the system, causing problems.

Summary
If you have a check engine light on in a Chevy Cruze and an OBDII scanner tool gives A P1101 error code, there is likely a problem at the intake.

Symptoms causes and causes can vary how bad a component has malfunctioned.

To diagnose and fix the P1101 code, all OBDII errors will need to be known with a code reader.

If the throttle body is dirty, it can be cleaned, which sometimes clears the code P1101 error the PCM detected.

A vacuum leak can also cause a problem and often make a hissing sound that can sometimes be difficult to find.

Vacuum leaks are common around the valve cover and PCV valve.

If the leak is large, it is much easier to find as it is usually noisy.

Small leaks are more challenging and are usually found with a spray bottle which, when sprayed on the leak, causes the idle to change.

Evap Smoke machines are used to find a difficult-to-locate leak.

The Mass Airflow Sensor can also cause problems and be replaced if bad.

Have you had issues with a P1101 on a Chevy Cruze? Let us know your thoughts below.