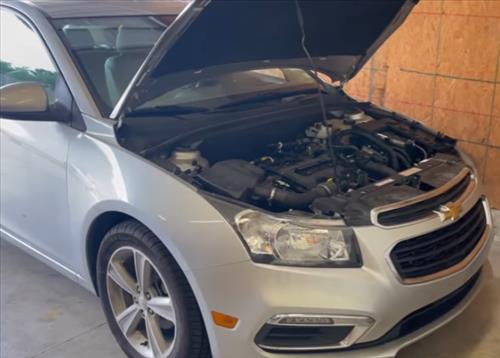 If you have a Chevy Cruze with a P0171 OBDII error code, there is a problem with the air/fuel ratio going into the engine.

The air gas ratio is managed by several components, including injectors, sensors, and the onboard computer (ECM/PCM).

The reason for this error is the onboard computer (ECM) is seeing the air/fuel ratio is wrong.

Also, the ECM sees the problem on BANK1, which is the side of the engine with the #1 cylinder.

Several things can cause a P0171 OBDII Code on a Chevy Cruze with the list below of common causes and fixes. 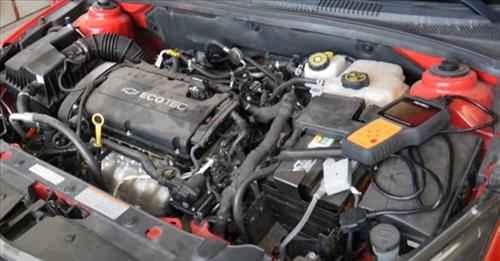 A vacuum leak is a very common problem with a P0171 code.

Often there is a leak somewhere that causes the air/fuel ratio to be wrong and cause issues.

Finding a big vacuum leak is usually easy as it can often be heard, but a small leak can be problematic.

A vacuum test machine can be used which blows smoke into an engine and the leak found by the smoke coming out.

There are also old backyard mechanic tricks also such as using a can of starter fluid on an area to see if the engine idle changes.

Usually, a vacuum leak can be found with a bit of searching but if it can’t be found, using a smoke machine is the best option. 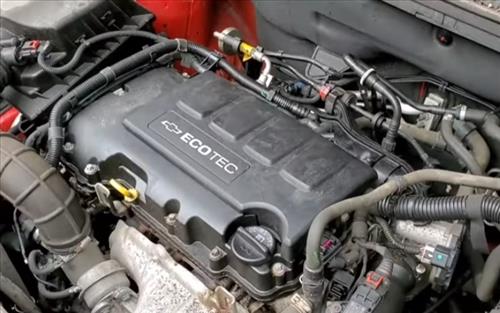 A leaking PCV valve is common on a Chevy Cruze and can cause a P0171 error.

It is part of the vacuum and will usually make a hissing noise when it goes bad.

On the Chevy Cruze, the PCV valve is located inside the valve cover.

To replace the PCV valve, the entire valve cover is replaced and can be bought at an auto part store or online. 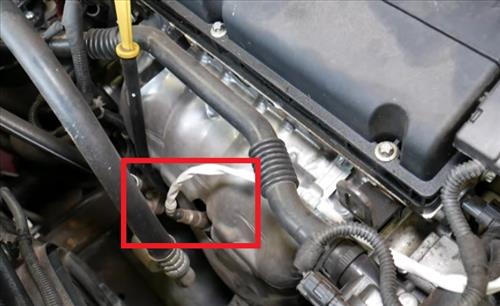 There are two oxygen sensors called upstream and downstream.

The oxygen sensors send data to the onboard computer (ECM) for information on the air/fuel mix ratio, and the computer adjusts with this data.

If a sensor is bad, the data being sent is wrong, which can cause problems.

Usually, the upstream oxygen sensor is the one to go bad. 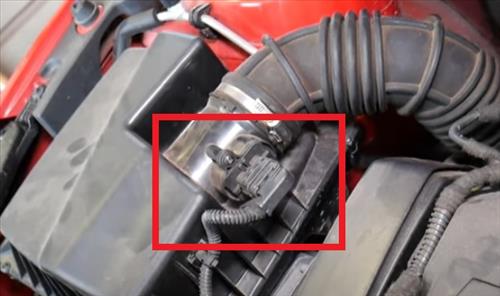 A bad or dirty mass airflow sensor (MAF) can also cause issues.

Often they become dirty and can be cleaned with MAF cleaner.

Of course, it can also go bad and need to be replaced. 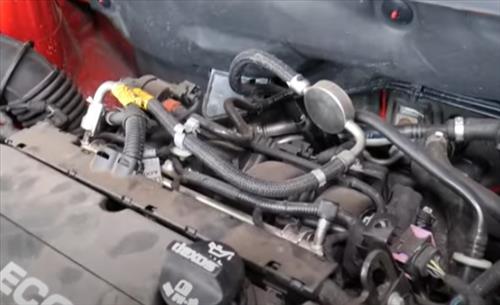 The fuel injectors spray fuel into the cylinders.

If they become clogged or are not spraying fuel correctly, they can cause an issue.

Sometimes one or more injectors can become bad and spray 40-50 percent of the amount it is supposed to spray.

This will cause the fuel/air ratio to become bad, and the ECM will give a P0171 code.

A bad fuel pump or clogged filter will cause problems.

Usually, a bad fuel pump will not send any fuel, which causes the car not to start.

In some cases, it can become weak and not send out enough pressure.

The fuel filter may also be stopping fuel from passing through and going to the engine.

A dirty air filter will stop air from passing into the engine.

Often if the air filter is very dirty, it can cause other issues, such as causing the MAF sensor to become dirty also.

Can I Drive a Chevy Cruze with a P0171 OBDII Code?

Some cars will be drive-able while others are not.

If it is drive-able, it will likely get worse and should be fixed as soon as possible.