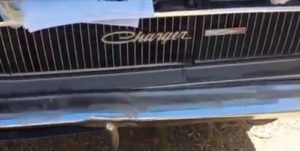 Converting old 1960s Dodge vehicles with front drum brakes to disc brakes is a topic talked about countless times in many articles.

I found myself in this situation with my 1968 Dodge Charger project and needed to do a conversion.

Old articles and forum posts are very helpful in how to go about doing the conversion, but many are outdated and old links to products that don’t exist anymore.

While searching for a conversion kit, I came across one on eBay that had a good price.

I searched for reviews on it but found almost none with one good YouTube video.

So basically, I dived in and ordered the eBay conversion kit and have begun installing it.

There are many good older articles that are worth reading but a little dated.

Keep in mind this is only my experience, and I am not claiming to be a professional; even though I have been working on cars my whole life, I have never done a drum to disc brake conversion.

The kit came with everything, including the Booster, in three big boxes, one for each wheel and one box with the booster components. 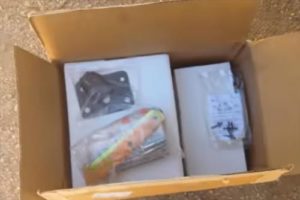 I started to install the disc and decided to change out the upper and lower control arms while I was at it. 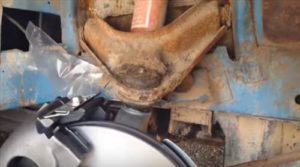 It does bolt right into the old control arms, so it is not necessary for new ones if you have good upper and lower control arms.

I got one partially installed before I stopped and ordered the arms.

After reading more online, most articles recommend the disk be in the front of the tire, which I had been installing to the rear, so I’m glad I did stop before doing the full install and always
wondering how much better the brakes are at the front would have been. 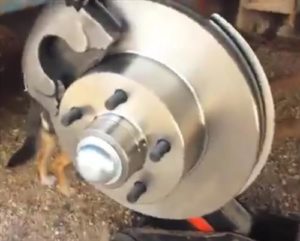 While waiting for the control arms, I started on the Booster and new master cylinder.

The first thing to do was to pull out the old master cylinder, which is held in by one bolt on the pedal and four bolts on the firewall. 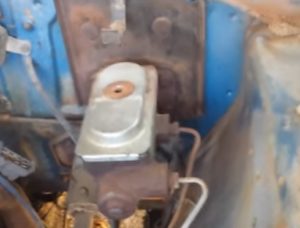 Under the dashboard, the upper far right bolt looked like it was going to be difficult to get to. After I felt around for the nut, there was none on it, so I only had to remove three bolts.

After removing the old master cylinder, the instructions said I had to relocate studs on the firewall plate. 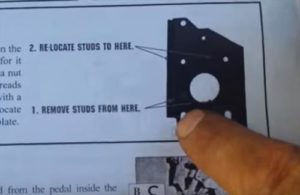 The studs were already in the right position for my 1968 Charger, so I didn’t have to relocate anything. 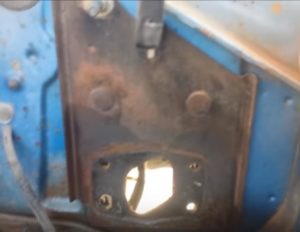 This likely changes with the year or B-body style, so if you go this route, be sure to check your bolt pattern.

The next step was to bolt in the new bracket that goes to the brake pedal. 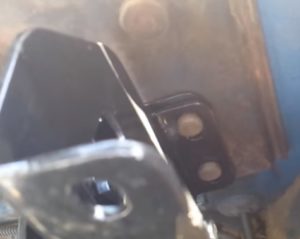 The kit did not have new bolts, so I had to use the old ones, which was a pain since they are round on one side.

I started two with vise grips and then used some old bolts I had lying around for the other side. I plan on buying new ones at the hardware store.

One thing I wish I had done was plan ahead for a friend to help since holding the bracket and tightening the bolts is a real pain by yourself.

I finally was able to get it together but had to use a combination of boards and vise grips to get it bolted up by myself.

After the bracket was installed, I tried to mount the booster, but the bolt that goes to the pedal bracket was too long. 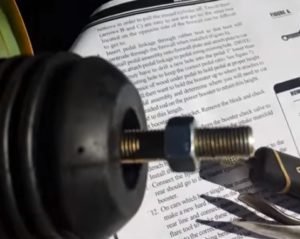 Once enough was cut from the bolt, I installed the booster. 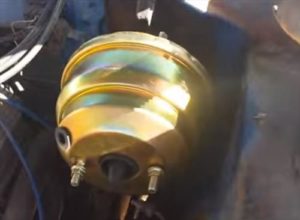 More may need to be cut from the booster bolt since it is still touching the firewall slightly.

After making final adjustments, I will cut more off if needed as I don’t want to take too much off.

The next step will be to bleed the master cylinder since it is new and bolt it in.

Looking at the brake lines, I decided to order some new ones as the old ones had rust inside.

So far, I am happy with the purchase, but I still have a lot more to do and haven’t tested them out yet.

There is no doubt better options such as a better kit or installing brakes from an old donor Dodge car such as a 70s Dodge Aspen or similar.

For the price, though, it does seems to be a good option, at least for me. Old dodge donor cars are no longer available in abundance in my area as they once were.

If you have prior experience doing this, I would love to hear about it below in the comments.

Update: I have fully installed and finished the brake kit, which works very well. I am very happy with how they work.