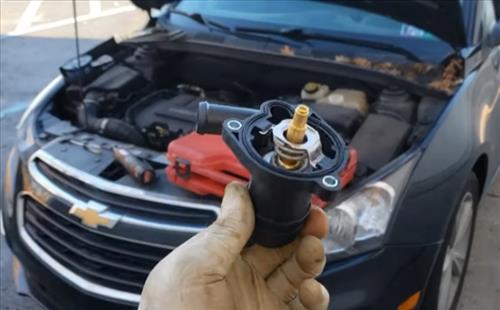 If you have a Chevy Cruze that is overheating or has no heat, you may have an issue with the thermostat.

The thermostat is a common failure on the Chevy Cruze and also one of the more easier DIY fixes.

Symptoms of a Chevy Cruze with a Bad Thermostat

When a thermostat fails, the most common symptom is the car overheats with a coolant smell coming from the engine.

Antifreeze used in the vehicle’s coolant system has a distinct smell that is often described as sweet.

Keep in mind the symptoms of a bad thermostat are the same as other failed coolant system components such as the water pump or leaky radiator.

No heat is another symptom many users report when the weather is very cold.

How the Thermostat Works

The thermostat opens and closes, blocking the flow of the coolant, which regulates the temperature.

When the engine is cold, the thermostat is closed, which stops all coolant from flowing, and the engine warms up.

When the engine starts to become hot, the thermostat slowly opens and begins to cool the engine.

If the thermostat has gone bad and does not open, the car will run hot and likely overheat.

Likewise, if the thermostat has gone bad but is stuck fully open, the vehicle will not heat up, especially in very cold weather.

The thermostat is a simple device that opens and shuts, regulating the flow of coolant to maintain the engine temperature.

How To Diagnose a Chevy Cruze with a Bad Thermostat 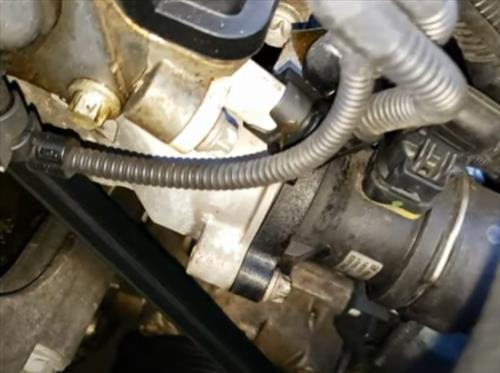 If the thermostat housing is leaking, it is likely bad.

Roughly half of the bad thermostats leak, but sometimes there is no leak, and other tests need to be done.

There are several ways to test if a thermostat is good or bad.

A common method to test for a bad thermostat is to measure the temperatures at the intake and exhaust hoses from the radiator. 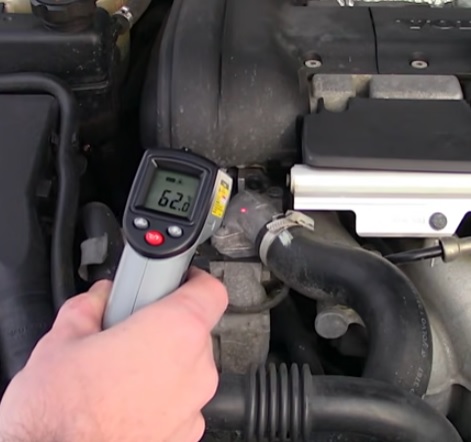 Once the car is warmed up, the temperatures should be close between the top and bottom hose.

If the temperatures are far apart 20 percent or more, the thermostat is likely bad.

Another testing method is with the engine cold, remove the radiator cap.

Start the car and watch the coolant fluid inside the radiator.

Once the car warms up, the thermostat should open, and the fluid should be seen flowing.

The thermostat is located on the passenger side of the vehicle at the front of the engine. 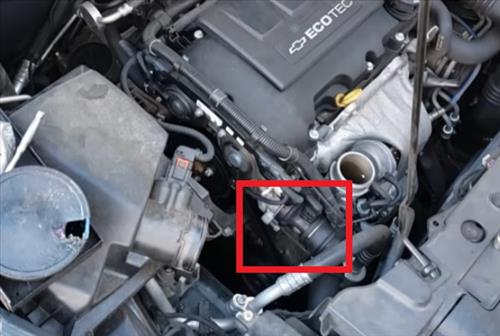 There is an air intake hose that will need to be removed to work on it.

A new thermostat can be bought at most auto-part stores or online on Amazon or eBay.

How To Replace a Chevy Cruze Thermostat 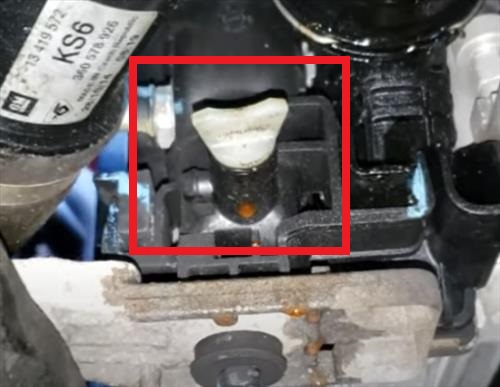 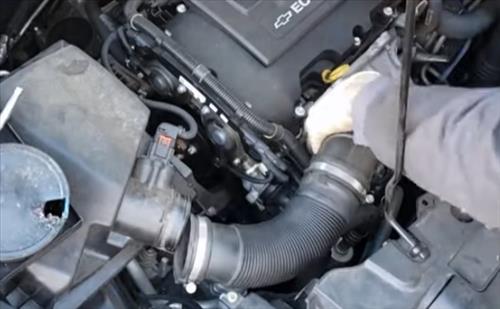 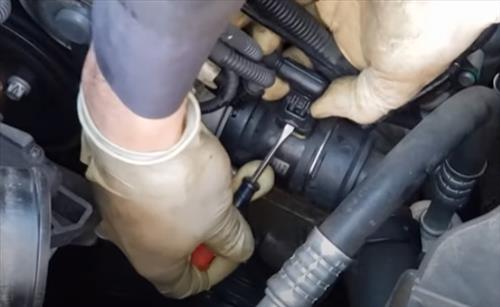 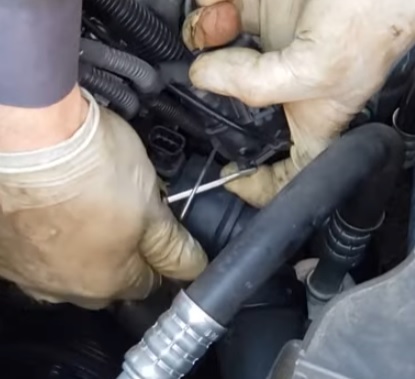 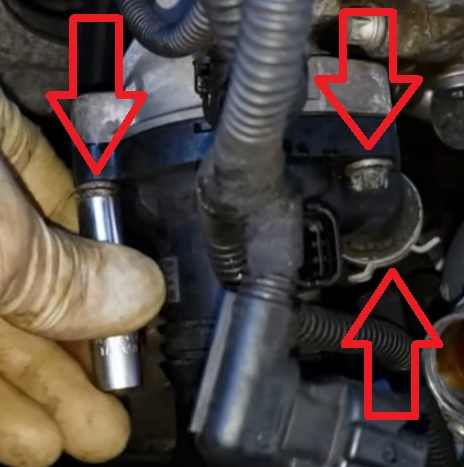 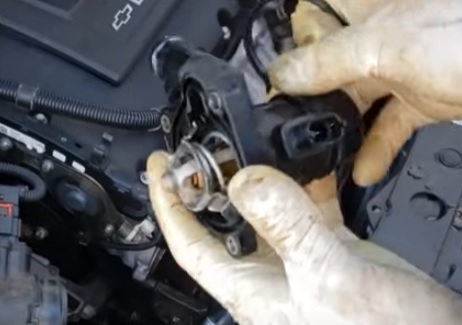 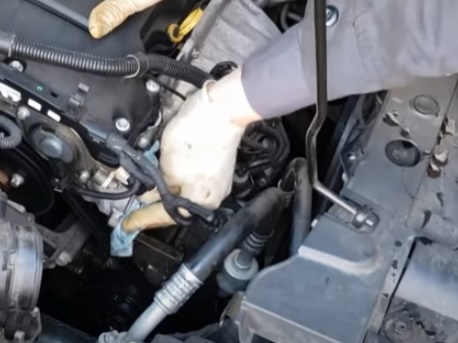 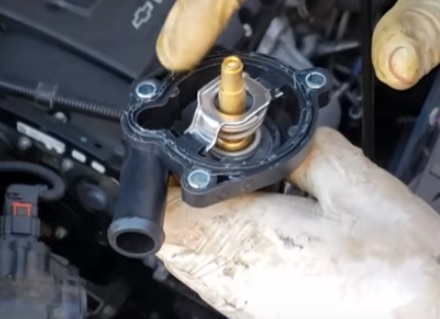 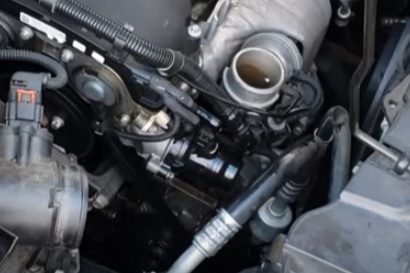 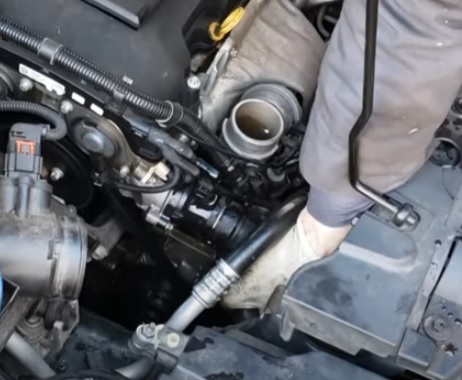 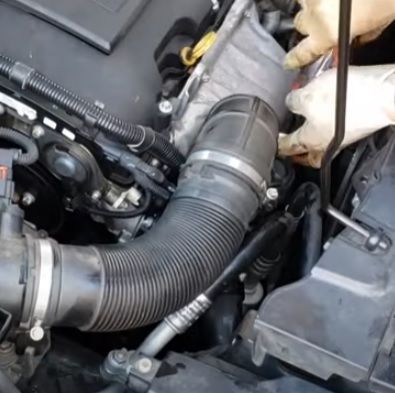 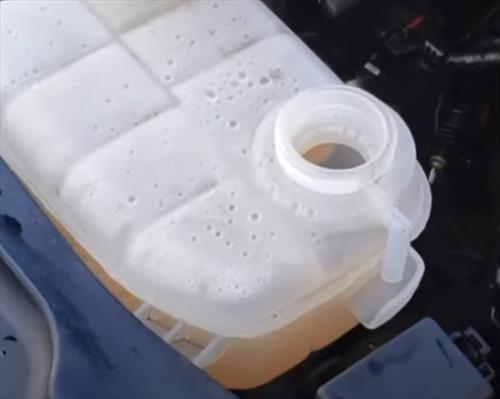 Summary
The Chevrolet Cruze is a great car but does have some common failures.

The coolant system is one such common issue many users have reported.

The thermostat is often the first component to go bad in the coolant system, but the water pump can also go bad.

The thermostat is a low-cost item, and replacement is a task done by many DIY backyard mechanics.

Of course, if in doubt, be sure to take your car to a certified professional.

Have you had issues with the thermostat on your Chevy Cruze? Let us know your thought below.