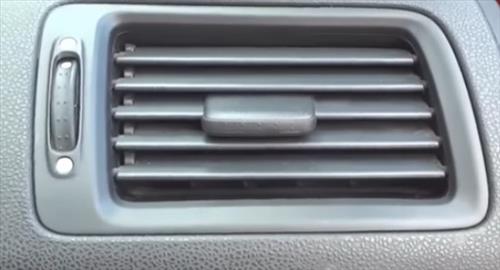 If your air conditioning only works when you are driving, there can be several causes and fixes.

Below is the most common causes of a car or truck with A/C that only blows cold when you are driving. 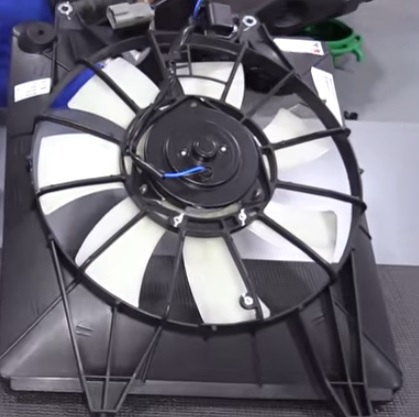 A bad condensing fan is the most common problem for an A/C system that works only when driving.

When a vehicle is moving faster than 20-30 MPH, the air will blow pasts the condenser, which dissipates the heat.

A condensing fan is there to blow air when a vehicle is stationary or moving slowly.

The fan will dissipate the heat and keep the pressure down in the condenser.

A condensing fan and motor fan can be a single unit or two units depending on the vehicle.

Replacing a fan is a task that falls in the DIY category, but be sure to take your car or truck to a professional if in doubt. 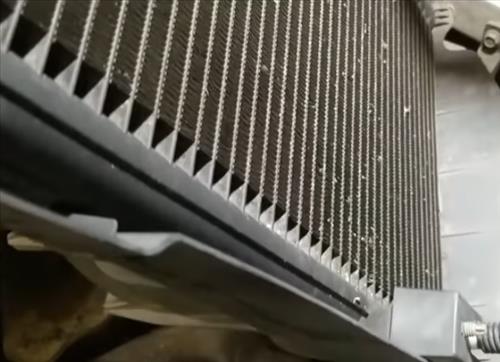 A condenser that is failing or clogged with debris can cause issues.

The condenser is located next to a radiator in a vehicle and looks much the same as the radiator.

It has fins that allow air to pass through, which cools the refrigerant flowing inside it.

If the fins become clogged with bugs or other debris, it can stop the airflow and cause the system to not work correctly.

A clogged condenser may only cool at high speeds since a lot of air is passing through a small part that is not clogged.

Spaying out the condenser can clean out the debris and get the air to flow again.

The compressor circulates the refrigerant through the system, and If it fails to work properly, cold air will not blow.

A compressor has a clutch that needs to engage for the unit to spin.

If a fuse has blown or an electrical problem can cause the clutch to not work, which in turn does not engage the compressor.

For example, a bad ground may cause intermittent problems with the clutch working sometimes and not other times.

If the refrigerant is too low or overfilled, it can cause issues.

When the refrigerant is low, the system usually will not work at all even when driving, but it can still be a problem and should have the correct level.

An overfilled system can also cause issues and something that is overlooked.

For example, a car owner may add more refrigerant, thinking it is low when there is another problem.

The other problem is fixed, but now the car only cools when driving since too much refrigerant is in the system.

While a rare occurrence, it is something to keep in mind.

Summary
Having a car or truck that air conditioning only works when you are driving can be very frustrating, especially on hot days.

The most common problem is a bad condensing fan motor or clogged condenser.

Other issues can also be a bad compressor, clutch, or refrigerant level.

Have you had issues with a vehicle that A/C only works when driving? Let us know your thoughts below.