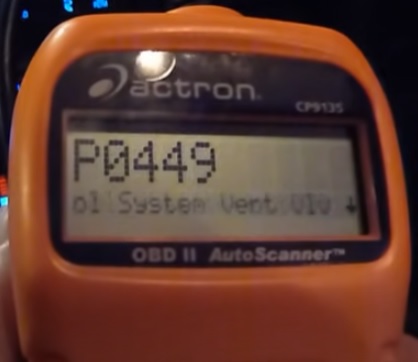 If you have a Chevy Silverado or Sierra with a P0449 OBDII error code, there can be several causes and fixes.

Below are the most common symptoms, causes, and fixes.

What is a P0449 on a Chevy Silverado or GMC Sierra?

This means the onboard computer (ECM) is seeing a problem in the EVAP system.

The most common cause is a bad gas cap or vapor canister vent solenoid.

Both fixes fall in the DIY category, but if in doubt, be sure to take your vehicle to a professional. 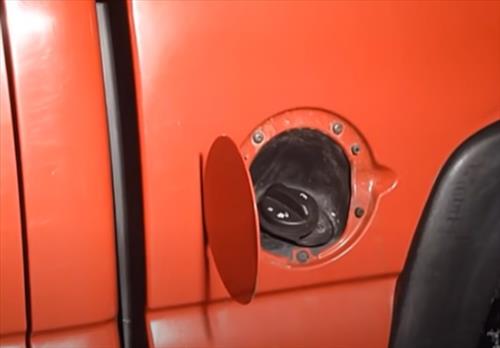 If the gas cap is not seated all the way in place, it will cause an issue.

The gas cap may also have gone bad and is not sealing well and might need to be replaced.

Also, check for any dirt or grime that may be causing the cap to not make a good seal.

There is rubber inside the cap that makes a seal when screwed into place. Examine the rubber to see if it is broken or old.

Often the cap can be replaced to rule it out a possible problem.

If a new cap is ordered, be sure to get the right one for your make and model, as they can differ. 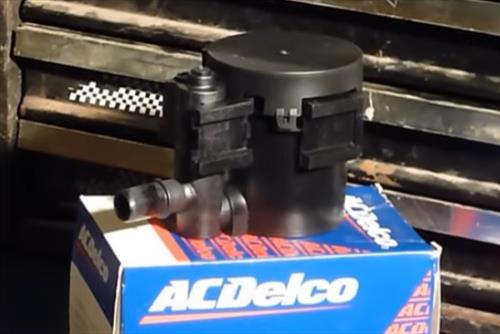 The Vapor Canister Vent Solenoid can cause Evap issues and the P0449 error code.

A Vent Solenoid, also called a purge valve, closes when a vehicle is shut down to prevent vapors from being released. 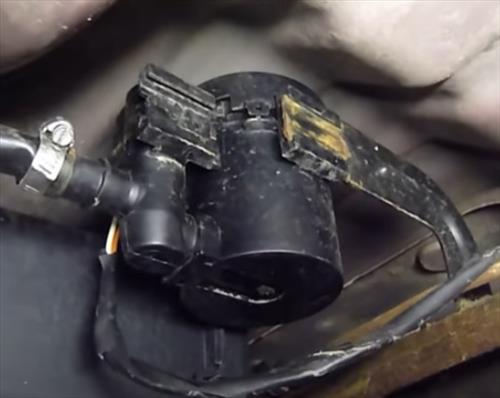 When a vehicle is running, the purge valve opens and allows vapors to go to the charcoal canister and burn in the engine.

Common problems with the valve include sticking and not closing.

The Silverado or Sierra has the Vent Solenoid located in front of the gas tank under the driver’s side door.

Often if the solenoid is tapped on a few times, it will start working again for a short while, but if not, it will need to be replaced.

Replacing a Vent Solenoid is a DIY job done by many backyard mechanics but if in doubt, be sure to take your vehicle to a mechanic.

A new Solenoid can be bought at an auto parts store or online on Amazon or eBay.

Summary
A Chevy Silverado or GMC Sierra with a P0449 OBDII error code is the ECM seeing a problem with the EVAP system.

This is usually a straightforward fix with either the gas cap is bad and not sealing the tank, or the vent solenoid has gone bad.

The first thing is to examine is the gas cap rubber seal; if it is bad, a replacement is best.

If the gas cap is good, the vent solenoid is likely bad.

Tapping on the solenoid can, in some cases, get it working again, but if not, it will need to be replaced.

Have you gotten a P0449 OBDII error code on a Chevy Silverado or GMC Sierra? Let us know your thoughts below.