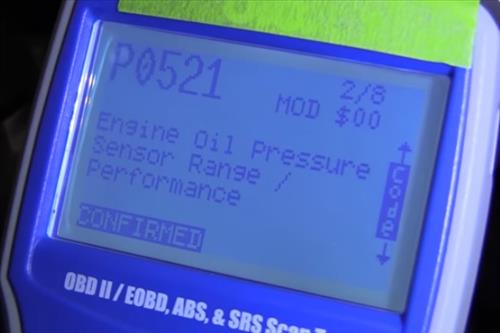 If you have a Chevrolet 1500 Silverado, Sierra, or Tahoe and get a P0521 error code, it is usually a straightforward fix.

The most common cause is the oil pressure sending unit/switch, which usually needs to be replaced.

Some scan tools will also give an “Engine Oil Pressure Sensor/Switch Range/Performance”.

The oil sending unit/switch is located on the engine block and sends information to the onboard computer (ECM) for oil pressure.

If the sending unit goes bad, the EMC will see low oil pressure and send out a warning with the engine light coming on. 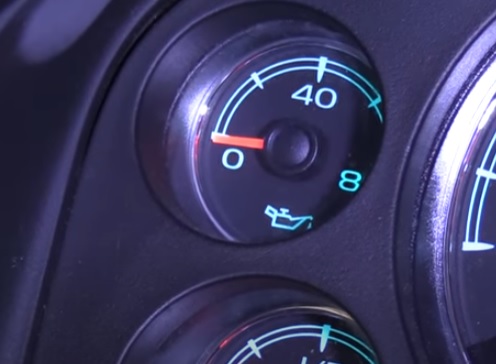 Symptoms include the engine light being on and the oil pressure gauge either very low or high.

The usual cause is a bad oil sending unit but can occasionally be other causes.

If the oil sending unit is not the cause other problems include the wiring and possibly a bad ECM.

How To Diagnose a P0521 OBDII Code

A new oil sending unit/switch is a low-cost item that can be bought at an auto parts store or online on Amazon or eBay.

Replacing the oil sending unit is straightforward but does require certain tools. 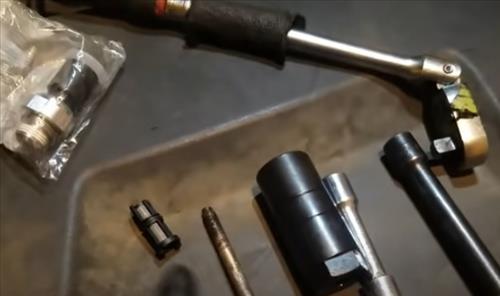 An oil pressure switch socket is highly recommended since they are low cost and is the right tool for the job.

A deep well 1-1/16″ socket may work but will make the job much more difficult as they do not hold the switch tightly.

Also, a ratchet with a swivel head is highly recommended to get the job done much easier as the unit is in a hard-to-reach place.

The oil sending unit is located between the engine block and the firewall.

When looking behind the engine from the driver’s side, it will be at the back. 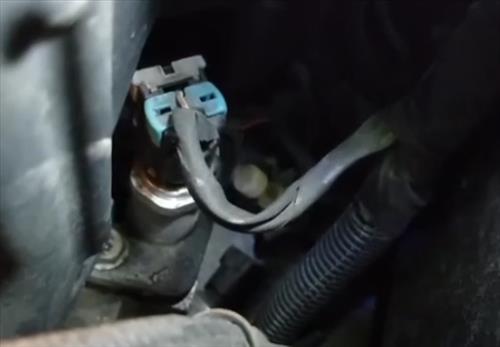 Some mechanics will remove parts that are in the way while others do not. Other parts do not need to be removed if you are good at working in tight spots.

After the sending unit is removed, a filter is located inside the hole, which can also be replaced. 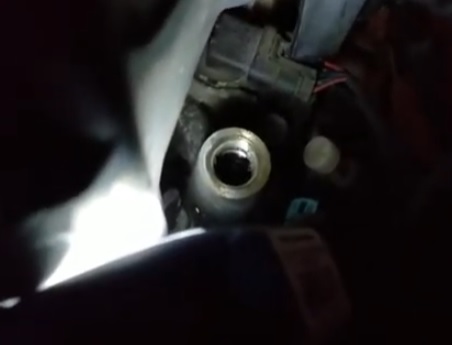 The filter can be removed by using a bolt to catch it and pull it out. 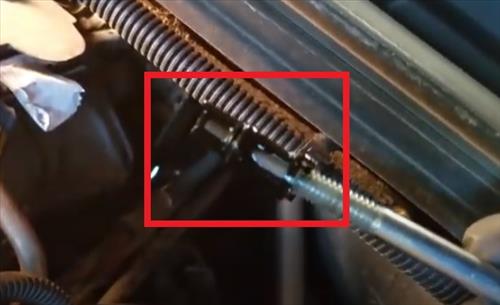 Summary
Fixing a Chevrolet 1500 Silverado, Sierra, or Tahoe with a P0521 error code is reasonably easy to do.

The most common cause of a P0521 error code is a bad oil pressure sending unit but could also be a bad wire or, even while rare, a bad ECM.

The hardest part to replacing the sending unit is the location the which makes it difficult to replace.

Getting the correct tools will go a long way in making the job as easy as possible.

Many mechanics will move other components that are in the way and then reattach them when done.

While removing other components is common, it is not necessary if you can work in tight spots.