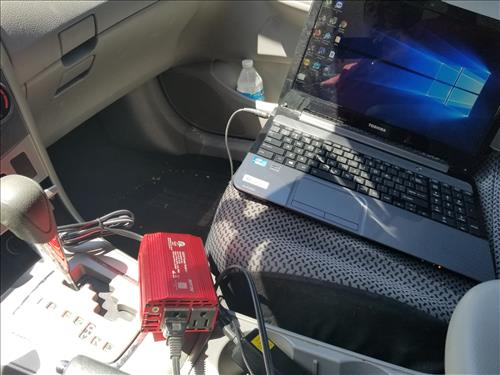 Having AC power in car or truck is necessary sometimes when a device has no DC inputs or adapter.

AC power outlets can be added with a power inverter and can give power to small devices such as laptops.

The BESTEK 300W Power Inverter is one such unit that converters 12-Volts DC to 110 Volts AC.

A vehicles cigarette lighter is used to convert the power.

Keep in mind every vehicle cigarette lighter will have different Amp capacity and should not be overloaded.

Most vehicle cigarette lighter Amps range from 50-200 and depend on the make model and year.

For example, to test the BESTEK 300W I used a 2012 Toyota Corolla cigarette lighter which has a rated 120 Watt max load.

How many Watts a device pulls will be labeled on the unit somewhere. 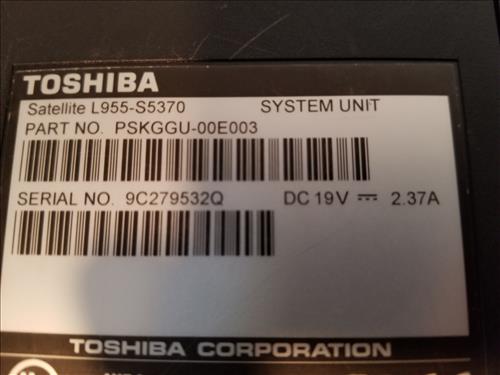 For example, here a Toshiba laptop was used for testing which uses 19 Volts DC and 2.37 Amps.

So basically the laptop will only pull 45 Watts which wont go over the cars rated Watt draw.

If a cigarette lighter does blow a fuse they are usually easy to replace at the fuse box.

An alternative to the cigarette lighter is an adapter that goes straight to the battery with cables. 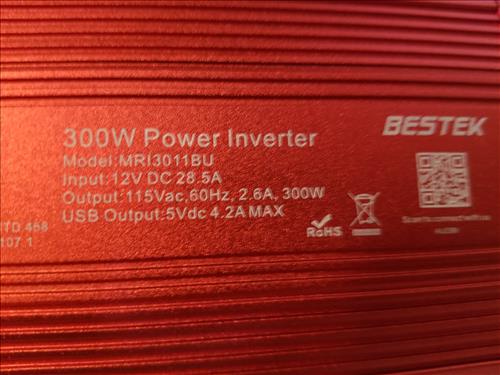 The package comes with the power inverter and pamphlet with basic information. 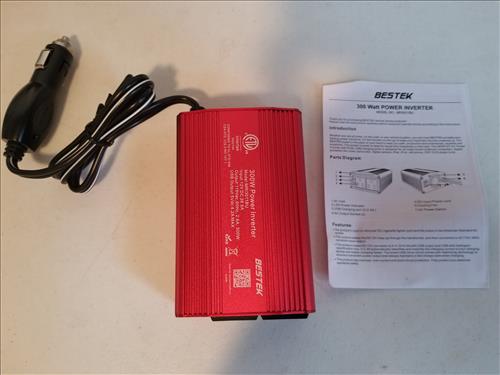 The back has a power switch and the cigarette lighter power cord. 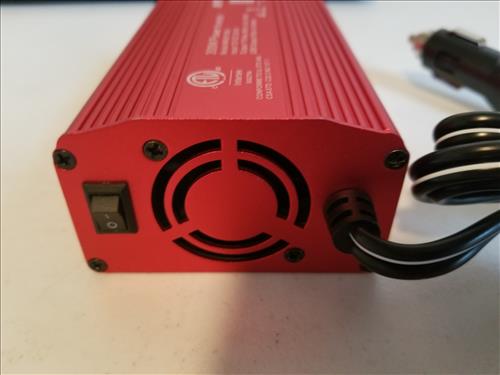 The power cord plug into the cigarette lighter. 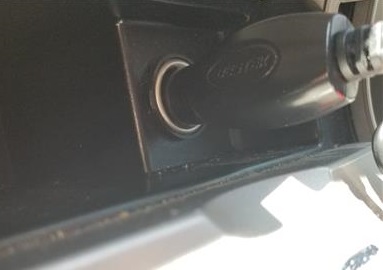 The back has a power swicth which needs to be turned on. After that a device will be ready to plug into 110 AC outlets. 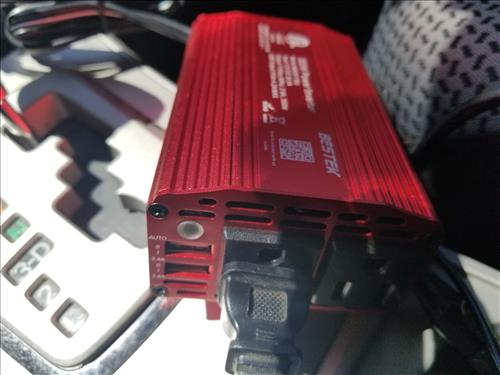 For testing I used a Toshiba laptop that the internal battery stopped working sometime ago which worked with the inverter with no problems.

The laptop only pulls 45 Watts which is less than the cars rated 120 Watts.

It worked very well powering my laptop and I plan to do more testing with other devices.

The unit also has 2 USB ports which are nice to have when multiple devices need power.

Be sure to check your vehicle cigarette lighter rated Watts as to not pull to many amps.

I am still testing the unit so far with good results and will update if anything changes.

As always be sure to read the reviews on Amazon, forums, or elsewhere to be sure a unit is a good fit for you.