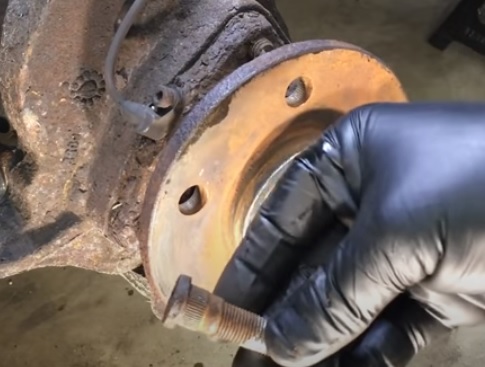 Today we are talking about wheel studs and the tool needed to remove the studs. In this guide, you will find two pieces of information.

What tool do you need, and a trick to use if you do not have the tool needed. 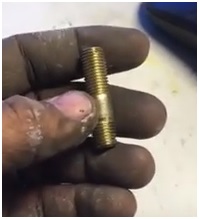 Of course, the best way to tackle any job is with the correct tool.

So first, let’s talk about the correct tool for this job. Here is a picture of a scenario where we need to remove a stud to place it into the new part for the vehicle 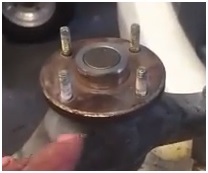 This job requires a stud puller. The stud puller grabs the side of the stud without damaging the threads on the stud. 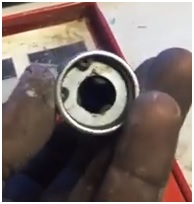 These pullers have rollers inside them that grab the stud firmly and extract it without damage. 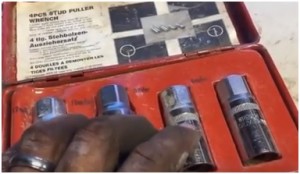 Now, if you do not own or cannot wait for the new stud puller, then here is a trick that works well that I have done many times.

Two nuts will be needed that came off the stud or can go on it.

First, thread a nut about halfway or more onto the stud that you want to extract.

Second, take the second nut and thread it right on top of the first nut. Be sure all of both nuts are threaded down enough to see the stud above the second nut. 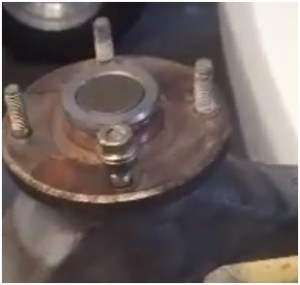 Now with two wrenches, lock the nuts together by twisting the top nut down and the bottom nut up at the same time. Tighten them together as if you were tightening a bolt. (Pretty tight)

Now, after you feel comfortable enough that they are tight, then remove both wrenches and place one wrench on the top nut and thread it out as if it is now a bolt. After removing the stud, take both wrenches and unlock the two nuts.

Turn the top nut up and the bottom nut down at the same time. This will unlock them and allow you to thread one off at a time. Then both nuts can be used to remove the next stud and so on. You can use this same method to run a stud in if you are having a difficult time doing that.

It’s always nice to have the actual tool for the job, but when we are in a pinch it is also very nice to be able to get the job done. So, in short, by locking two nuts together on a single stud, you can use the two nuts as a stud extractor.

I’ve included a video here for you to better understand what I mean and how the whole process works.