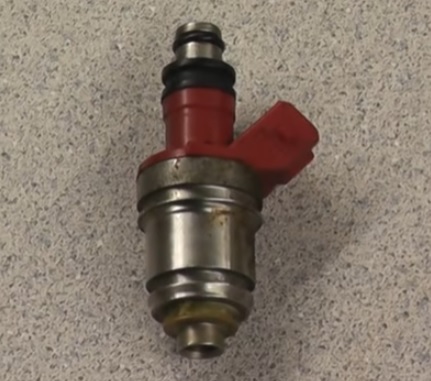 Fuel injectors are a major component in modern cars and trucks to supply fuel into the cylinders.

Most injectors work very well and have a long life span, but like any mechanical components can have issues.

If you suspect a bad injector, it can be tested with low-cost tools and falls in the DIY category.

How a Fuel Injector Works 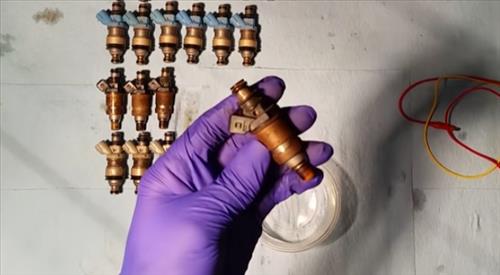 An engine needs the correct air/fuel ratio supplied to each cylinder to operate with a fuel injector injecting the gas.

A gas pump starts the cycle by pumping gas up to a fuel rail that the injectors sit on. 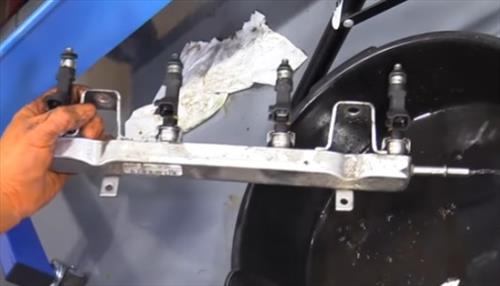 The pump keeps the fuel rail pressurized with gas, so when an injector opens, fuel is sprayed into a cylinder.

A fuel injector has an electromagnetic coil that, when charged, opens a pin that sprays fuel.

The electromagnetic coil is open and closed with 5-12 volts DC depending on the manufacturer.

Each cylinder will have an injector which the onboard computer (PCM) opens and closes rapidly at the correct time. 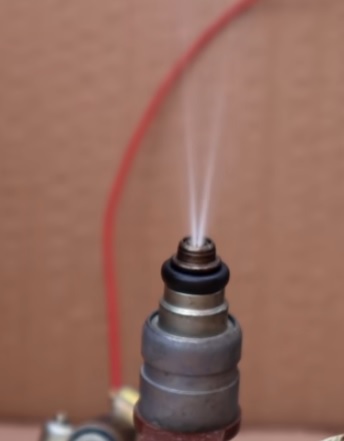 The positive side voltage is constant while the negative side is switched on and off quickly.

Symptoms of a Bad Injector

There can be many symptoms when an injector is bad, including a misfire, rough idle, and stalling.

The same symptoms can be caused by other bad components, so it is best to use an OBDII scan tool to find the cause of the problem.

An OBDII scan tool will usually give a code with a P02XX between P0200 and P0208. Other codes can also be given. 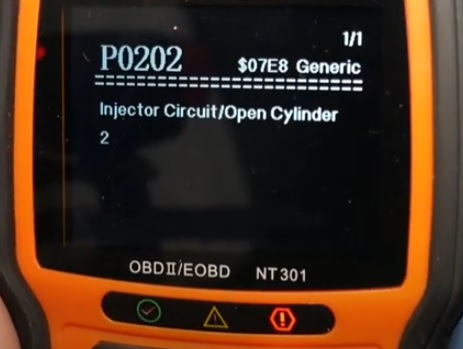 How to Test if a Fuel Injector is Good or Bad 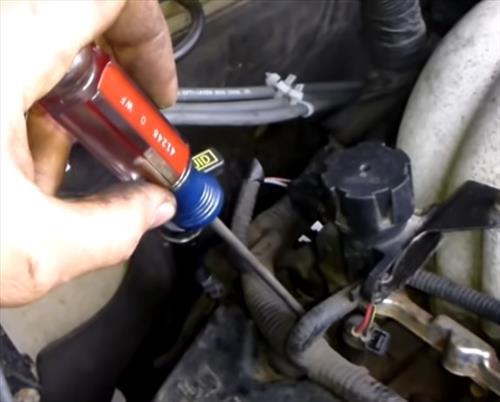 An injector that is working correctly will make a constant clicking sound.

The clicking sound is very low, but a long screwdriver or similar can have one end placed on the injector and the other side placed against your ear to listen for the clicking sound.

The screw drive can act as a makeshift telescope to listen for the clicking noise.

If the injector is not clicking at all or clicking sporadically, it is likely bad.

An injector has an electromagnetic coil that, when charged, pulls up on a pin which lets fuel into a cylinder.

The coils resistance can be checked to see if it is good or bad.

Resistance is measured using ohms on a meter and should be within .5 ohms. 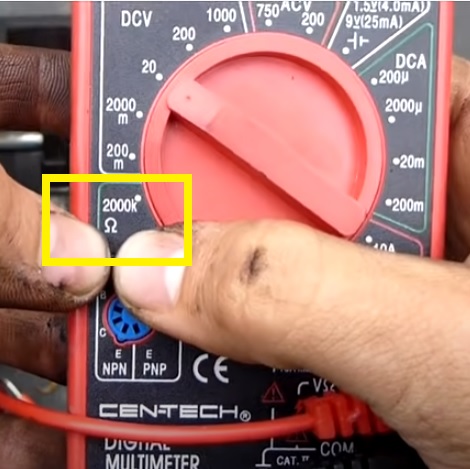 For example, if your vehicle has fuel injectors with a rated resistance of 16.5, they should measure between 16-17 Ohms, or else the injector is bad.

Google your vehicle for the rated resistance with most injectors reading between 11 and 24 Ohms.

How To Test a Fuel Injector With a Multimeter 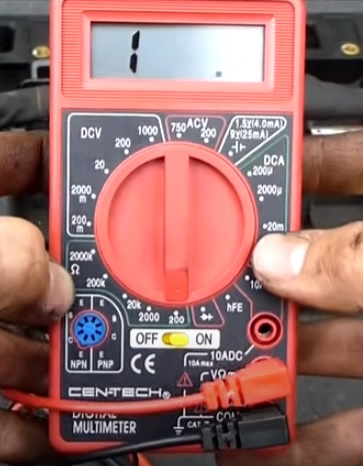 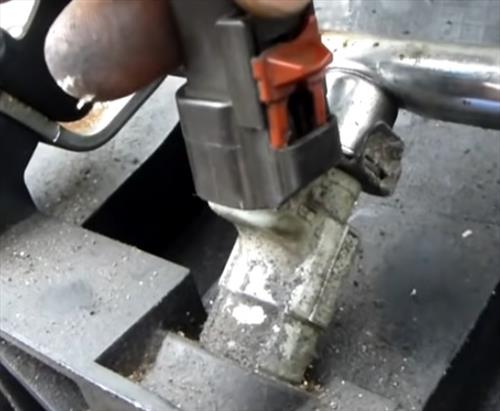 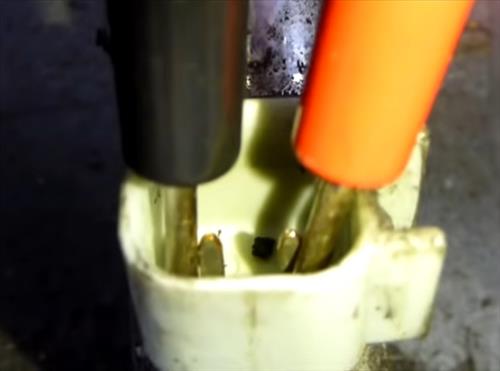 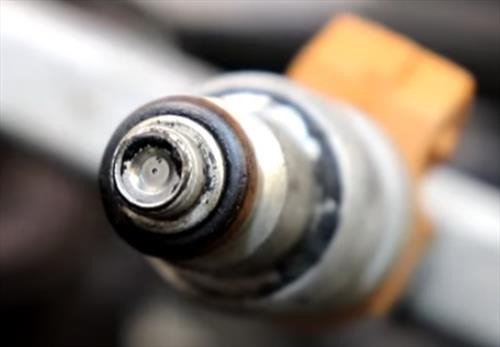 The spray pattern an injector makes can cause a cylinder to not operate as well as it should.

A basic fuel injector will have a single hole at the tip to spray fuel into the engine.

Some have more than one hole to get a better spray pattern, but they do the same thing.

If the spray is not spread out, it is not operating correctly.

A good injector will have a spread-out spray pattern.

Testing the spray pattern requires removing the fuel rail with the injector still attached, turning on the fuel pump, and applying voltage. 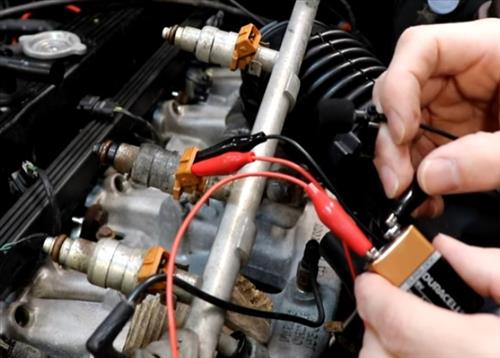 This is often done with a 9-volt battery which can activate the injector.

The voltage can be measured going to an injector to be sure it is getting power.

The voltage on the positive side is constant while the ground is switched on and off for the injector to function.

When the key is turned on, there should be voltage.

The PCM (Power Control Module) controls the injector with a ground pulse to the negative wire.

The positive side voltage is constant while the negative ground side is switched on and off for the injector to work.

The ground can often be tested with a 12-volt test light to see if the circuit is getting positive and negative voltage.

While most manufacturers use 9-12 volts to operate an injector that will trigger a 12 volt light, some do use lees voltage which may not be visible.

The ground wire can be traced back to the PCM and checked for continuity to be sure there is not an open or short.

Fuel-injected systems work great and are a big improvement over the much older carburetor system used many years ago.

As good as it is, injectors can malfunction and need to be tested and replaced if bad.

Several tests can be done, including listening for the clicking sound, checking the coil for resistance with a multimeter, checking the voltage, and more.

Often when an injector is suspected to be faulty t is swapped out with another one on an engine to see if the problem follows.

For example, If you get a P0201 OBDII code that indicates a bad injector in cylinder-1, it can be swapped with cylinder-2 and see if it follows.

If the OBDII scan tool then gives a P0202 code, the injector is bad.

Have you had issues with an injector and have problems testing it? Let us know your thoughts below.