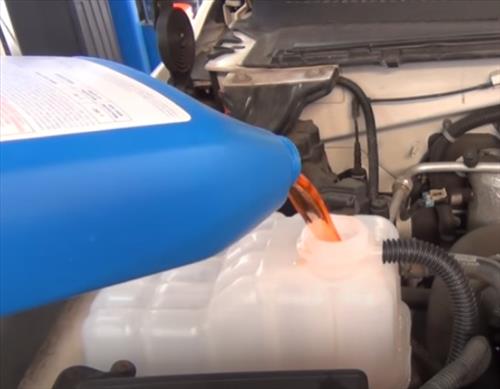 Antifreeze is used as a coolant in an engine to help protect it from very cold temperatures and corrosion.

Water was originally used to cool engines but quickly caused issues since the freezing point is 32 degrees Fahrenheit.

When a fluid such as water freezes, it expands, which can crack the engine block.

Different additives were used to lower the freezing point of water to stop ice from forming, which was named antifreeze.

Antifreeze does not evaporate, but the water mixed with antifreeze will evaporate.

There are different mixtures of antifreeze depending on how cold the temperature gets, with a 50/50 mixture the most common.

Antifreeze lowers the freezing point of a liquid such as water.

Water begins to freeze at 32 degrees Fahrenheit and expands as it becomes ice.

This expansion can crack an engine since the water is confined inside.

When antifreeze is added to water, the freezing point is lowered, stopping the liquid from becoming ice and expanding.

An antifreeze is an additive that lowers the freezing point of a water-based liquid. 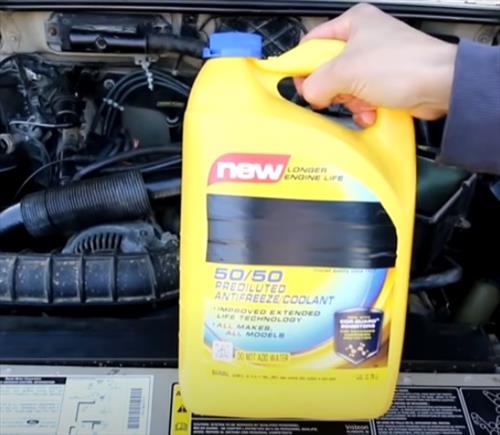 This mixture is the most common type and rated to protect an engine to -35°F.

Pure antifreeze can be bought that is not mixed and is usually done to save on cost since it can be mixed by DIY individuals.

Also, in climates with colder temperatures, the mixture may need to be changed to protect an engine at very cold temperatures.

Is Antifreeze Necessary for an Engine?

Yes, antifreeze is necessary for an engine to have a long life not only in cold climates but also in more moderate climates.

During very cold weather, antifreeze stops ice from forming inside an engine which can cause it to crack when the ice expands.

Antifreeze also contains corrosion inhibitor additives that stop rust from forming inside an engine and prolongs its life.

Why is Antifreeze Used in Cars and Trucks?

Antifreeze is used to stop ice from forming inside an engine as well as to stop corrosion such as rust.

What Happens if Antifreeze Is not Used?

If no antifreeze is used and only water, the engine will be damaged when the temperature drops below freezing.

The engine will also start to rust on the inside, which is very hard to stop once started.

Yes, antifreeze is harmful and very dangerous if ingested.

The fluid can taste sweet to animals which is very dangerous since it is highly toxic.

Always handle antifreeze with care and take any people or animals to the hospital if they have ingested it.