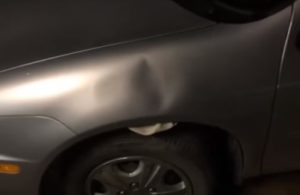 Vehicle dents can be annoying, frustrating, and expensive to repair.

Below is two little tricks you can use when you have one of those dents. Of course, not all dents are the same and not all dents can be tackled the same way.

Then there are some that require you to replace a complete door or fender.

Those dents cannot be fixed using the tricks below.

However, there are those almost perfect round dents that you think man if I could get behind this dent and give it one big smack I could pop that thing right out.

Well really you can. So let us try some simply tricks to pull out a simple type of dent.

Tip and Trick #1
Let’s get the area where the dent is located and make it wet, maybe even a little soapy as if you are washing the damaged area.

Now that it is a little soapy and wet. Try pulling the dent with a plunger.

Sometimes it takes a few tries and needs to be stuck in place but a plunger can work on simple type of dents.

Hopefully this trick works for you. This method will do wonders on small very flexible dents such as on doors. If it did not then try the next trick.


Tip and Trick #2
The first step is to remove anything in your way from accessing the back of the dented area. No matter the amount of room just get some space.

In this picture I have removed the wheel cover above the tire. You just need to remove a couple small screws. I did not need to completely remove it. I removed Just enough so that I can get a couple inches of space behind the dent. 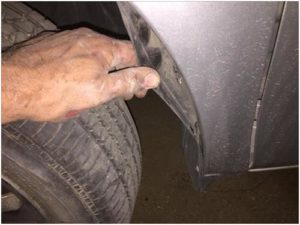 In some cases like a door that has a dent, you may need to remove the door panel on the inside.

Now take a ball needle that you would use to put air into a ball and place it into the ball letting all the air escape. You may need to step on the ball to get it as flat as possible. 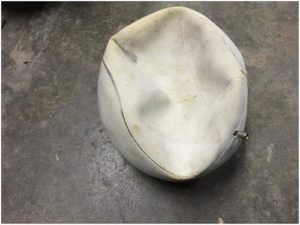 Then push the ball in behind the dent. Make sure that you leave the needle exposed so that you are able to put air into it. In some cases when the ball requires being shoved way back. Make sure you can attach an air line to the air valve. 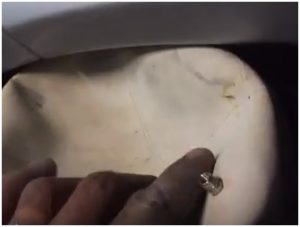 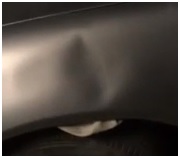 Now that the ball is pushed into its position, put air into it. Do not over inflate the ball or you may have another dent sticking out instead of in. (In which case you may need another accident to fix.) (Joke) 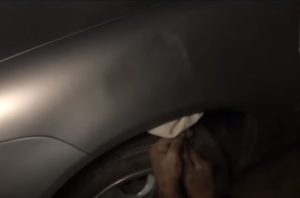 At this point you can use a bicycle tire pump or similar the ball will only need about 5 lbs.

After you have seen the dent pop back out you can deflate the ball and retrieve it.

Replace any screws you have removed in the wheel well or door panel. In this scenario there was no chip in this paint just a large dent. As you can see after doing my trick, there is still no paint chipping and the dent is gone.

So as you can see with just a ball needle and a ball you can become an auto body man.

My personal favorite ball is the red kick ball also known as the play ground ball, we used them as children on the playground. They fold up easily and are very easy to get into some tight spots. And in cases where needed they can stick out half way and still do the trick because they are so much more flexible.

So in short, some dents are better left to the professionals, but there are some that are worth doing ourselves.

8 thoughts on “Do It Yourself Dent Removal Tips and Tricks”