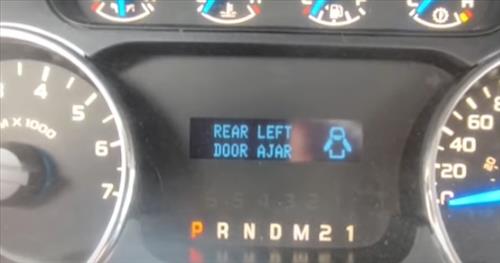 A common problem with many Ford vehicles is the door ajar light or message comes on even though all the doors are closed.

This can be very annoying, especially when driving at night since often the dome light will also come on and sometimes the door chime.

The door ajar light is controlled by the door light switch, wiring, and onboard computer (ECM).

Often the door latch simply needs to be cleaned up and greased again to get the door to shut properly, but the problem can also be the switch or wiring.

It is very rare for the ECM to have a problem, but it can’t be completely ruled out.

Modern cars and trucks will display which door is having the issue while older vehicles do not. 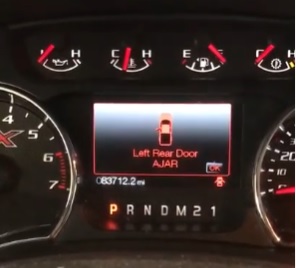 This makes narrowing down the problem easier for newer vehicles, while older cars and trucks will need to go around and test each door. 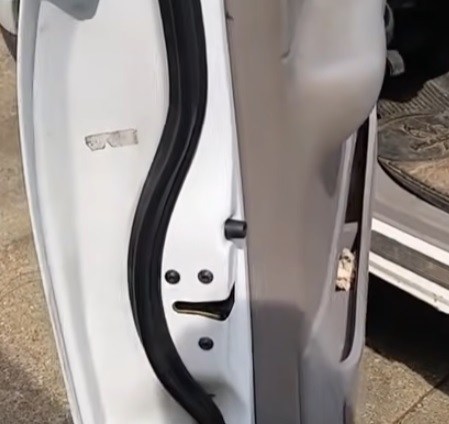 As a vehicle ages, the door latches often will not close well, leaving the door slightly open.

You can tell if the door latch is bad since the door will need multiple tries to shut or simply not close completely.

The latch may need replacing but can be cleaned up and greased, which can often get it working again.

Different kinds of sprays can be used, such as white lithium grease. 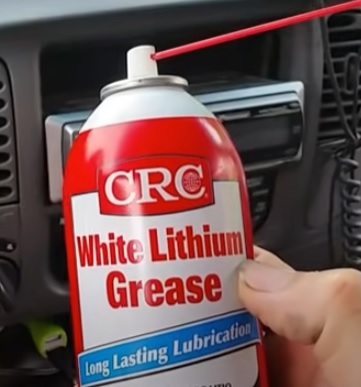 Many also use WD40, but it is not the best long-term lubricant for a door latch.

Spray the lubricant directly into each door latch all the way around the vehicle. 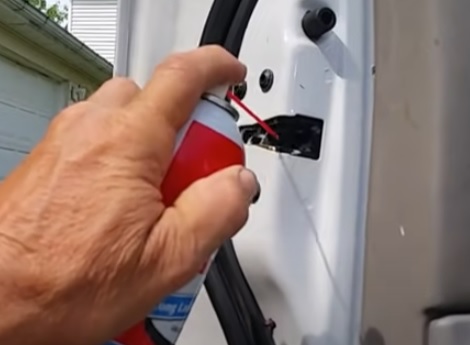 Open and close the door a few times between sprays to get it loosened up and working again.

If using a spray to get the latch to close does not work, and a door doesn’t close all the way, the latch may be bad.

A bad door switch will cause a problem and will need to be replaced if bad.

The door switch on older cars, mainly before the 2000s has the switch located on the inside door jam.

This makes older vehicles easier to troubleshoot and fix since you can press in on the switch manually and see which one has the issue.

Newer cars and trucks have the switch built into the latch. 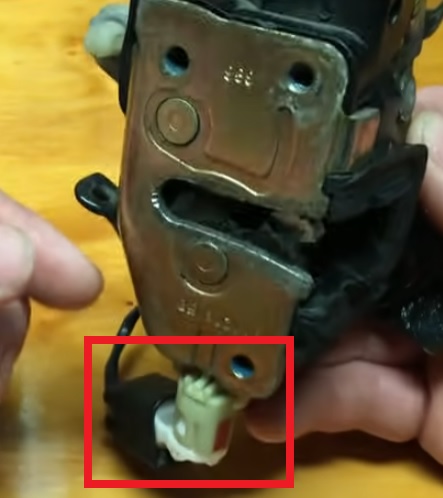 This means the latch will need to be removed from the door to replace the switch.

The inside door panel will need to be removed, which will allow access to the latch.

The wiring is another common failure, and a short or open wire causes a problem.

The connectors and the wires inside the door A-pillar harness are weak points. 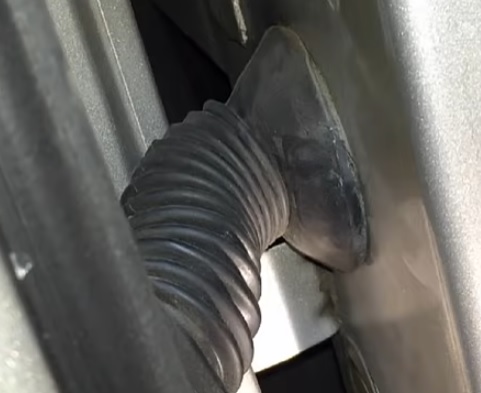 The A-pillar harness is inside the door jam with a rubber boot to protect the wires.

Sometimes wiggling the harness and shutting the door can help find a trouble spot.

Summary
If you own a Ford and the door ajar message or light keeps coming on, there are a few fixes.

The first fix is to spray lubricant into the latch to make sure it is closing all the way.

The next is to test the switch and the wiring to see if they have gone bad.

Older vehicles have the switch located in the inside door jam and are usually the easiest to test and replace.

Newer vehicles have the switch located inside the door on the latch, making them a bit more difficult to get to.

The door latch and switch can be bought separately if needed.

Have you had an issue with a Ford and the door ajar light? Let us know your thoughts below.