If you have a vehicle that is giving you a P219A error code, it is having an issue with the fuel delivery on bank-1.

The most common cause of a P219A OBD2 error code is a fuel injector that has failed or a vacuum leak.

While these are the most common causes, there can be other issues.

This means the onboard computer (ECM) is seeing a problem with fuel going to a cylinder on bank 1 of the engine.

Bank 1 is always located on the side of the engine with the number 1-cylinder.

A 4-cylinder engine will only have one bank, while a V6 or V8 will have two banks.

How to Fix a P219A OBDII Error Code

A common problem with a P219A Code is a bad or faulty fuel injector or a vacuum leak. 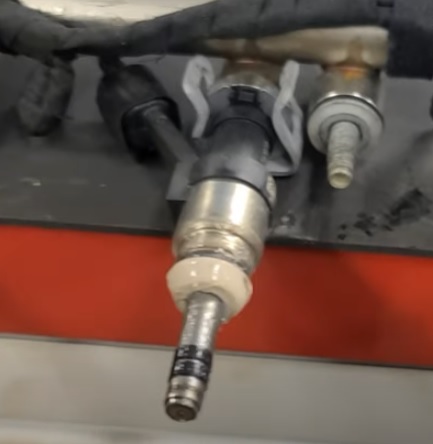 A mechanic will look at an OBDII scan tool to diagnose which cylinder on Bank 1 is having the issue.

The fuel injector can be replaced to see if the problem clears.

Often the injector is swapped with another one to see if the problem follows it.

If the problem does not clear other causes can be the wiring, leaking EVAP system, vacuum leak, exhaust leak, ignition coil, and more.

How is a P219A OBDII Error Code Diagnosed?

A P219A OBDII error code is diagnosed with an OBDII scan tool.

Often there will be other codes that will be given that can help to point to the component that has failed.

For example, if a vehicle gives a P219A code and a P0101 code, this would point to a problem with the MAF (mass air flow sensor).

The MAF sensor gives information on air intake to the engine and will give a P0101 code when there is a problem.

A P219A code would also be given since the system may be running lean.

This is only an example with many more scenarios possible.

Can You Drive With a P219A Error Code?

How drive-able the vehicle is will depend on how big the failure is.

For example, if a fuel injector is only starting to fail and still partially works, the car or truck will likely still run.

If an injector has completely failed, the vehicle will run rough and may stall.

A V8 engine will run better than a 4-cylinder engine since a V8 will have more working cylinders to keep the engine running.

Summary
If you have a car or truck with a P219A code, there is a problem with fuel going to bank-1 on the engine.

The most common fix is to replace a bad injector, but anything that causes the injector to malfunction will also be a cause.

For example, if a wire going to an injector has become loose or broken, it would cause the same problem.

While rare, low fuel pressure may also be an issue that would point to a dirty fuel filter or bad fuel pump.

A bad fuel pump is rare since it supplies fuel to all the cylinders, and all would malfunction if it was bad.

Have you had a car or truck that has given a P219A OBDII error code? Let us know your thoughts below.