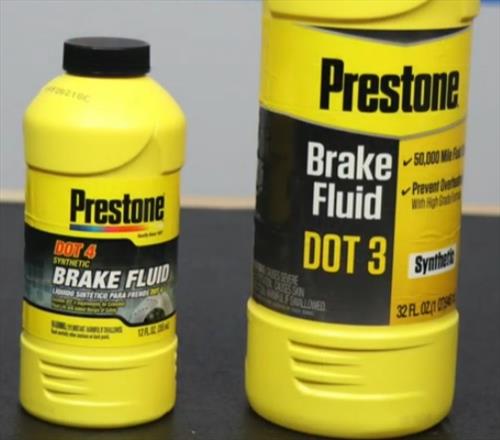 DOT 3 and DOT 4 are commonly used as brake fluid in many modern cars and trucks.

Both types work very well, with DOT 3 used for routine driving and DOT 4 used more in newer vehicles, or for high performance.

Can You Mix DOT 3 and DOT 4 Brake Fluid? 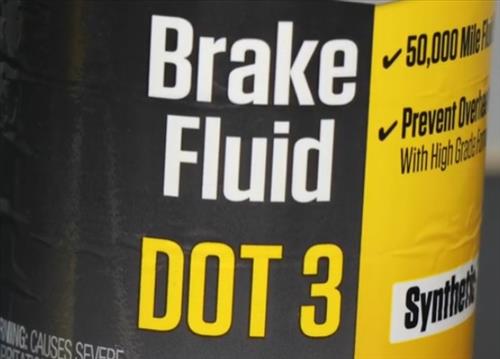 Yes, you can mix DOT 3 and DOT 4 brake fluids together.

DOT 3 or DOT 4 are both glycol-based brake fluids that can be mixed together, although it is usually best to use the type recommended by the manufacturer. 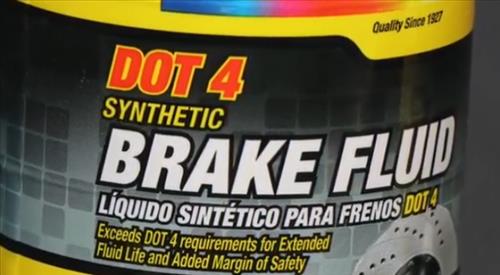 Brake fluid has several ratings that show how well it will perform, including the boiling point and viscosity.

DOT 3 has a lower boiling point compared to DOT 4, which makes DOT 4 perform better, especially when the brakes are used hard.

For everyday driving, DOT 3 works very well, with no need to use the higher-performing DOT 4.

Brakes can become very hot when used a lot, such as when going down a steep hill or lots of city driving.

The brakes heat up each time they are used, which needs fluid to be able to have the heat range, or they can fail.

Most average drivers will never heat the brakes up enough to need a higher performance fluid, but it can be used if you think it is needed.

Both are glycol-based brake fluids that are similar, but DOT 4 has a higher boiling point.

The higher boiling point is good for use when performance is needed, or any time the brakes are used much more than normal.

DOT 3 is good for normal driving.

DOT 4 is best used when higher performance is needed. 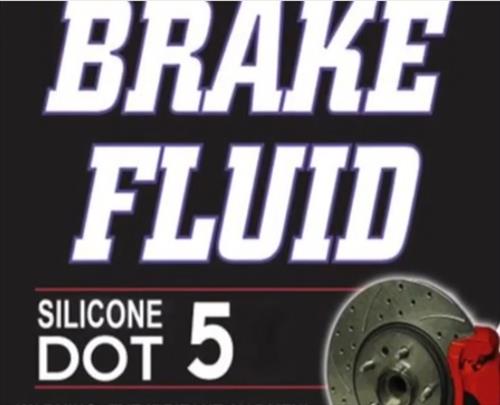 DOT 5 is silicon-based and will not mix with other conventional brake fluids.

It has a higher boiling point than both DOT 3 and DOT 4 and is used in very high-performing brake fluid.

Summary
If you have a vehicle that requires DOT 3 or DOT 4 and wonder if the two can be mixed, the short answer is yes; they can be mixed.

While the can be mixed, it is usually best to stick with the manufacturer recommended brake fluid.

Some drivers will use DOT 4 more than DOT 3 since it has better performance but is likely not needed under normal driving conditions.

There is also higher performance brake fluid such as DOT 5.1, which is not mixable with other types.

Which DOT brake fluid do you prefer? Let us know your thoughts below.