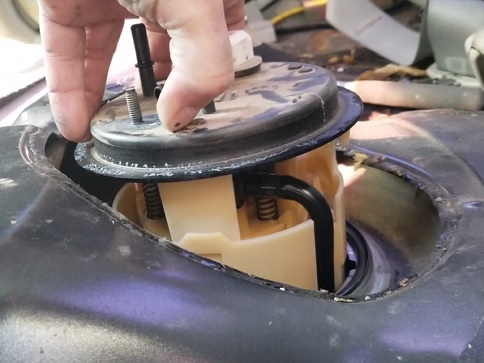 A step-by-step video replacing the fuel pump is at the bottom of the page for visual walk-through if needed.

Replacing the fuel pump on a 2005-2006 Kia Spectra is a task that fall in the DIY category.

Of course, if in doubt be sure to take your car to a professional.

There is gas involved during any fuel pump replacement so be sure to take the necessary precautions.

Fuel Pump and Filter Location 2005-2006 Kia Spectra
The fuel pump, fuel filter, and gas pressure regulator are all located in the same assembly.

The assembly is located in the gas tank and can be removed from under the back seat.

A new fuel filter will be needed which can be bought in an entire assembly or the pump motor only. 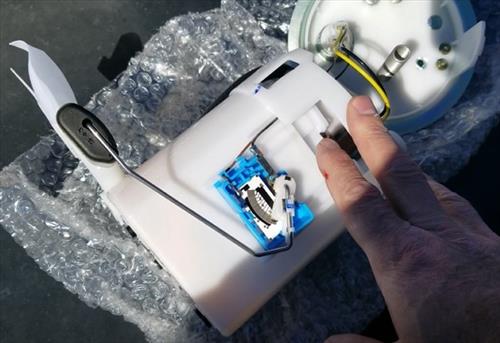 If your assembly is in good shape the small pump motor cost less. 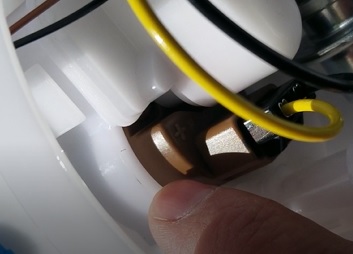 If a pump motor only is bought it is a good idea to also get a fuel filter.

Usually the entire assembly is bought which comes with all new fuel pump, filter, and pressure regulator.

Summary
Replacing the fuel pump, filter, or pressure regulator on a 2005-2006 Kia Spectra is a straight forward task.

While the pump can be bought separately from the assembly it is usually best to buy the whole assembly and have all new parts.

After installing the new fuel pump be sure to prime it by turning the key to the on position and off three times.

Priming the fuel pump feeds gas back into the line up to the injectors before starting.

Be careful when dealing with gas and be sure to always take precautions.