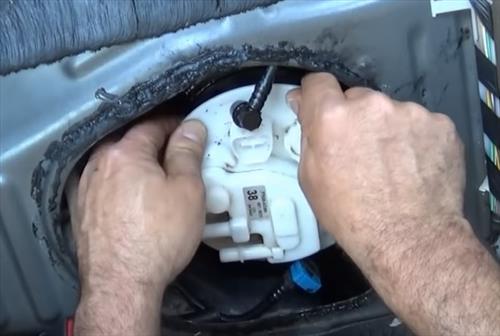 Of course, if in doubt be sure to call a professional.

Be sure to take all the necessary precautions when working with gas since it is highly combustible. 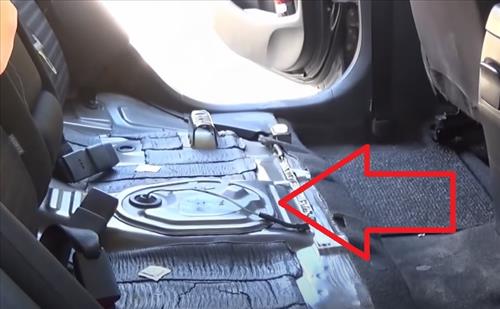 Once the rear seat is removed the pump is underneath a cover.

Some basic tools will be needed mainly a flat head screw driver and pliers to remove clips.

A large plastic ring holds the pump in place with most using a low-cost Toyota fuel pump removal tool to make the job easier.

Other tools can sometimes be used to remove the ring but the tool is recommended. 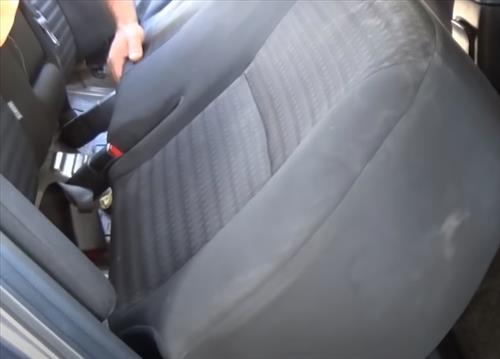 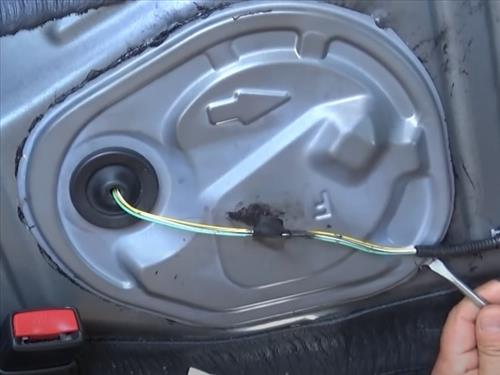 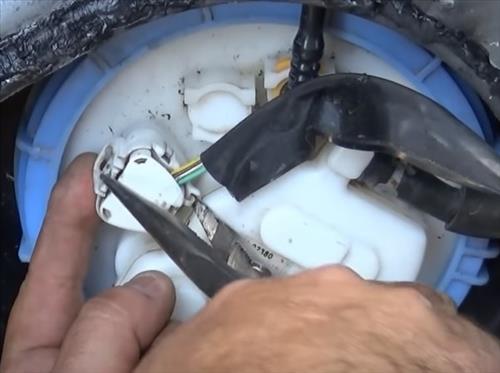 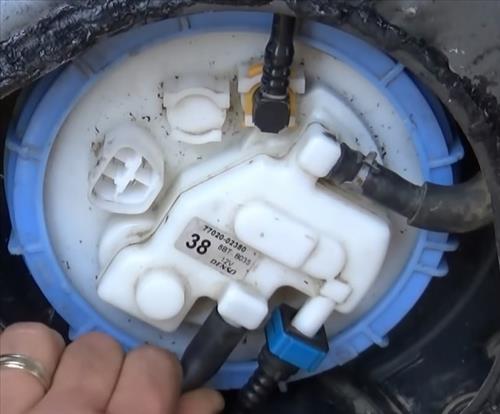 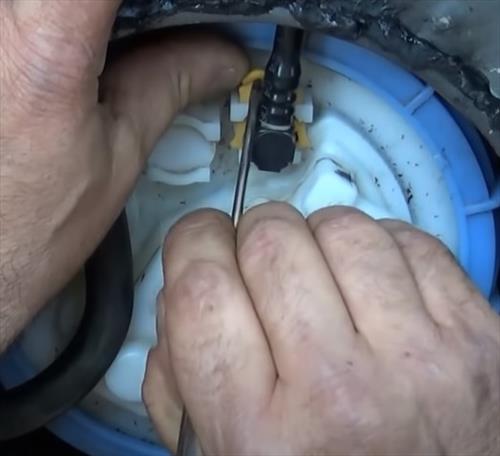 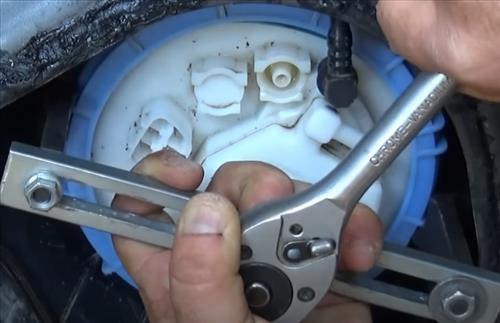 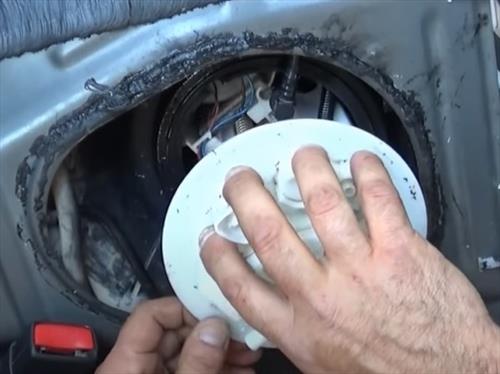 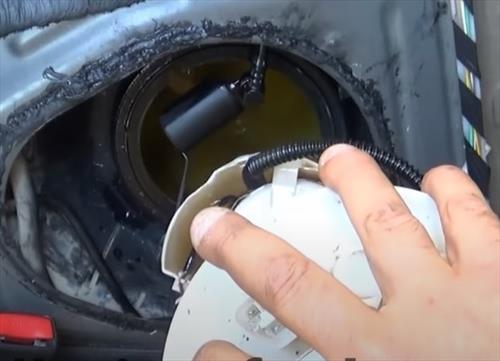 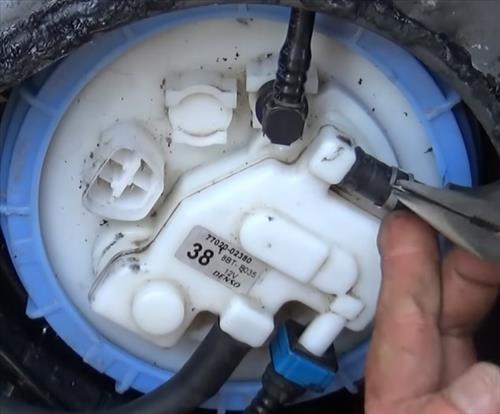 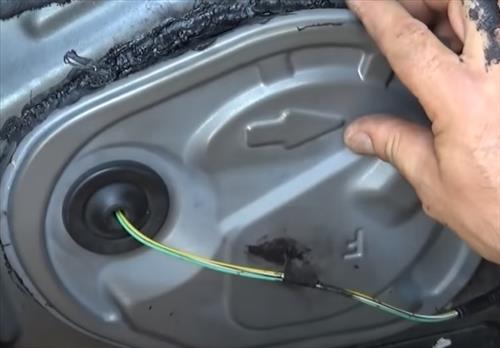 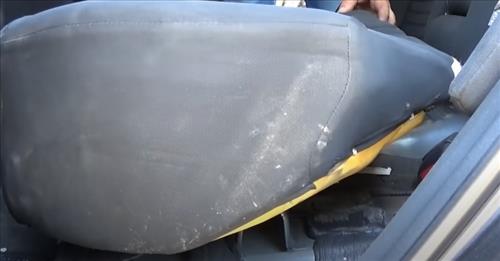